Together with Enlace Latino, we proudly announce a series of bilingual, nonpartisan forums with candidates for key positions in this November’s midterm elections.

North Carolina and the country will hold midterm elections on November 8, which will define key positions at the federal, state and local levels. Within this framework, and for the third consecutive year, members of the Latino community will have the opportunity to participate in forums with simultaneous interpretation to learn about the proposals of the most important key candidates of both parties and send them their questions.

The meetings, which will take place between September and October, will be attended by candidates for positions in Congress, the Supreme Court of North Carolina, the mayor of the city of Raleigh, the sheriff of Wake County, among others. 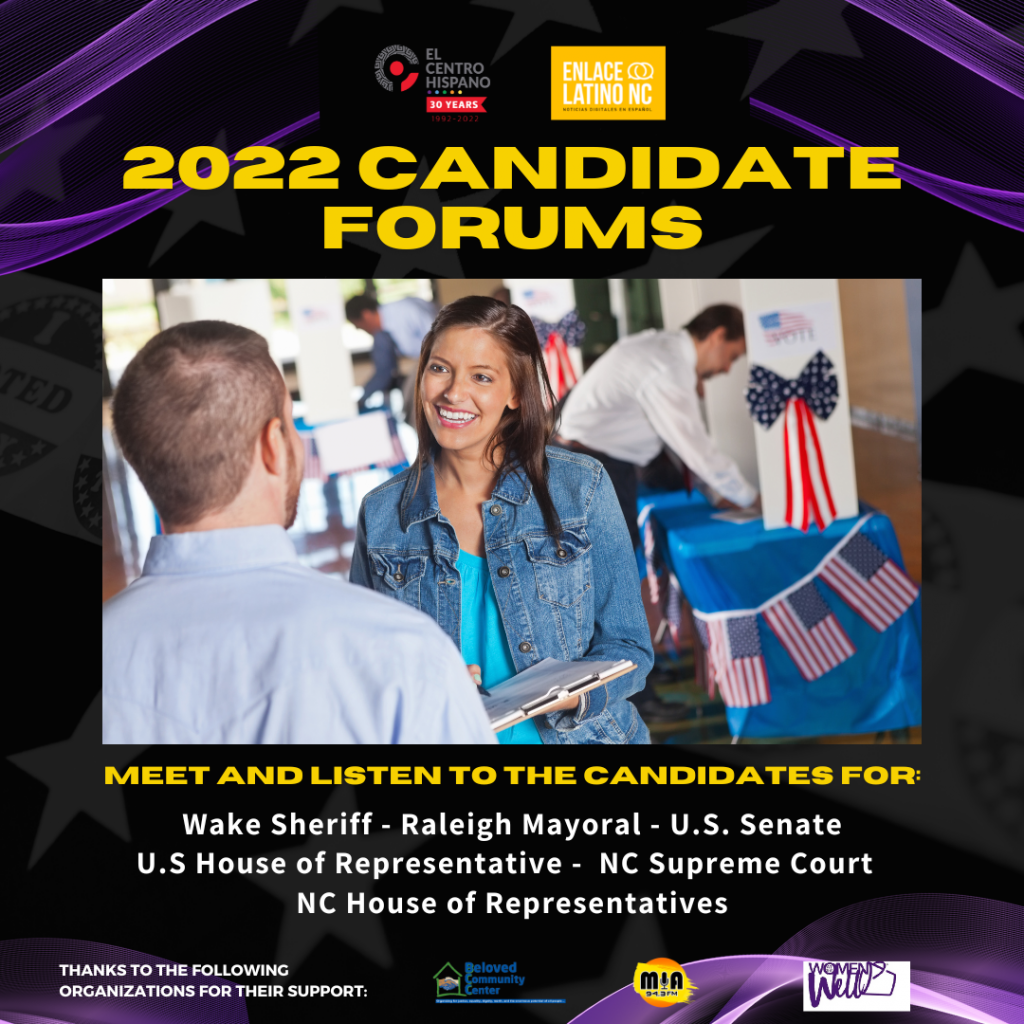 In order to encourage community participation, at each of the meetings, the public will have the opportunity to submit their questions to the candidates.

“Our goal is to get members of our community closer to the candidates and learn about their proposals so they can make informed decisions when voting,” explained Paola Jaramillo, executive director of Enlace Latino NC.

For this reason, Jaramillo affirmed, the participation of the public will be fundamental: “To achieve that connection between the community and the candidates, we thought it is very important to open the questions to the public and let the voters’ own concerns guide the conversation.”

In addition, so that the language barrier does not exclude any interested person, all the forums will have simultaneous interpretation from English into Spanish. Thus, the public will be able to send their questions and follow the meetings in the language of their preference.

“For the more than 257,000 Latino voters in North Carolina, the midterm is not just about casting a ballot, it’s about making our voices heard. There is much at stake in these elections,” said Pilar Rocha-Goldberg, executive director and president of El Centro Hispano NC.

“Our votes represent a better future for our families.” adds Rocha-Goldberg, highlighting that access to electoral information is vital for the community to be able to vote on November 8. 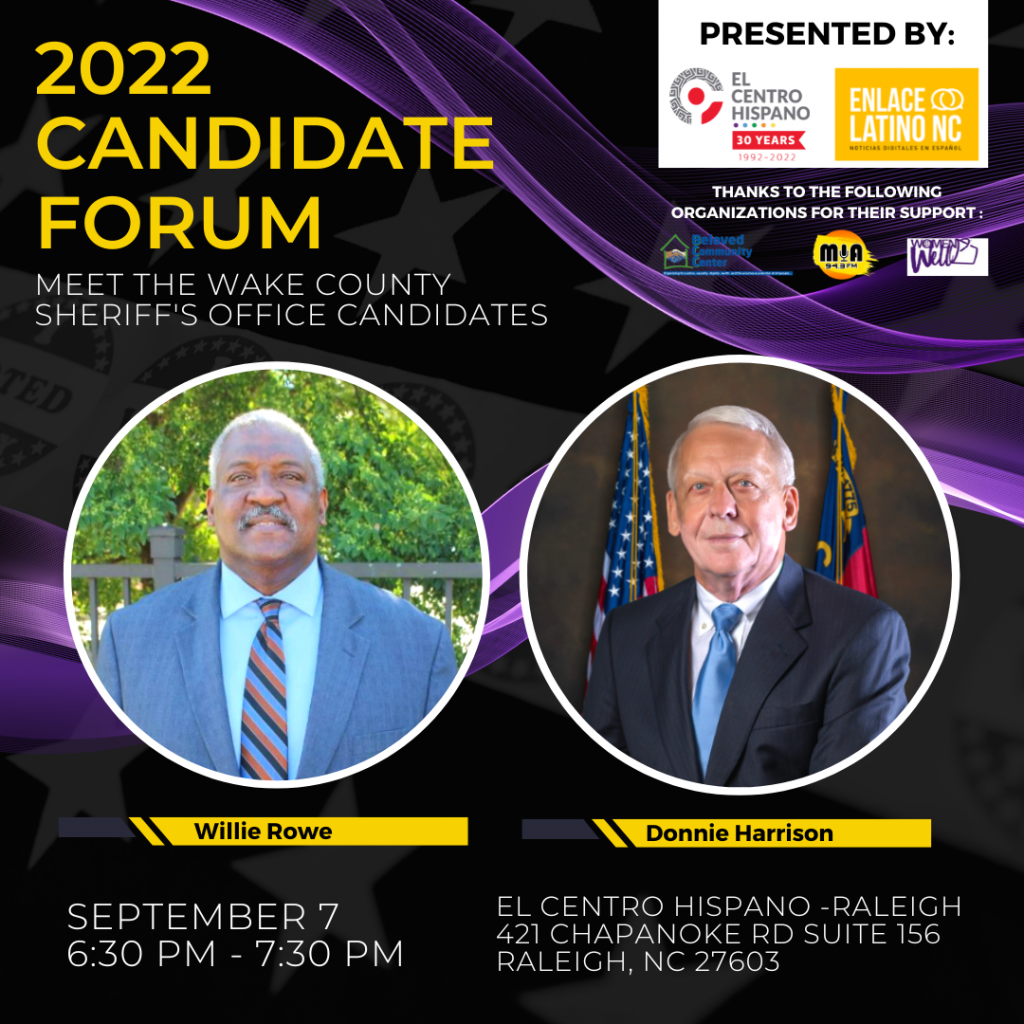 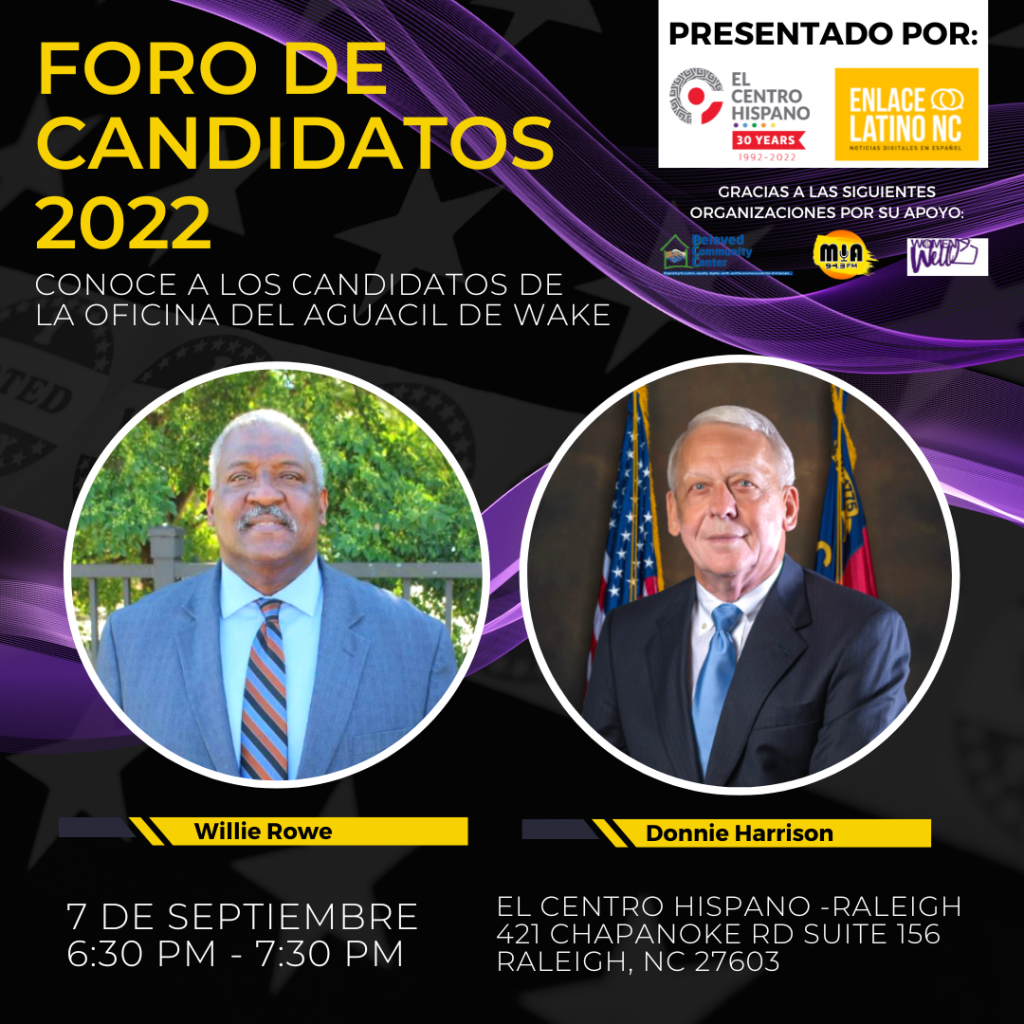 The first meeting of the Latino community with candidates in the midterm elections already has a confirmed date and place. On September 7, 2022, the forum with the aspiring Wake County Sheriff will take place. The appointment will be at 6:00 p.m. at the offices of El Centro Hispano in Raleigh, located at 421 Chapanoke Rd, Suite 156, Raleigh, NC, 27603.

Both the Democratic candidate, Willie Rowe, and the Republican candidate, Donnie Harrison, confirmed their presence at the community event.

The race for the position of sheriff is of enormous importance for all the inhabitants of the county, and especially for the members of the Latino community. Sheriffs are in charge of jails and manage one of the largest budgets in the county, but they also have the power to decide whether or not their offices collaborate with ICE to put people in deportation proceedings.

Of course, the virtual space is already open for members of the community to share their concerns with the sheriff candidates. Click here to leave your question in both Spanish and English.